skip to main | skip to sidebar

Yes, it's that time again (considering that time has never come before)! It's time for the Tingler Excellence Awards for the year 2007! 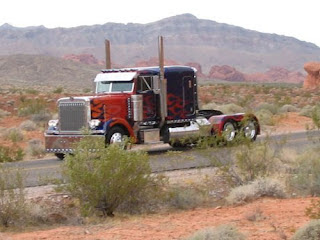 No real contest here, it has to be the Robots In Disguise. It should've been harder, what with Spider-Man 3, Pirates of the Caribbean 3, The Simpsons Movie and Hot Fuzz all being out, but with the exception of the last one they all disappointed in some way.

Transformers was the film that re-kindled an obsession I thought dead and gone. Yes, the story's ridiculous and it's all just effects (a Michael Bay movie then), but it's got Starscream! Optimus Prime! Bumblebee! Megatron! Megan Fox! Don't deny the kid inside you - you loved it too.
BEST FILM (GENERAL)
Ratatouille

A tough one this year, since I throw up my hands and apologise - I did not go and see an out-and-out brilliant film this year. Last year it was a straight fight between Children of Men and The Prestige, with Pan's Labyrinth sneaking in under the DVD route.
This year however Ratatouille is the only contender, and a film with a rat who wants to be a chef doesn't really contend with those incredible feats of cinema mentioned above (no, I don't mean Transformers). Nevertheless, a truly excellent film, and one I'm prepared to argue for as Pixar's best after The Incredibles and Toy Story 2. It's that good! 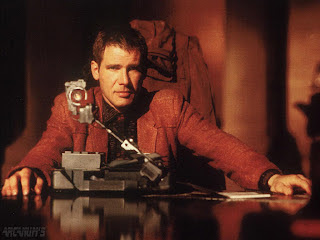 I should not have bought this. The Final Cut really does not add anything to The Director's Cut. Hell, I even like the voiceover of the first (well, some of them). And there needed to be a bit more of an ending in my opinion.

So why does this win when Hot Fuzz and Futurama: Bender's Big Score leave with nothing? It's this damn package! If you're a Blade Runner fan and you like different versions of the film, get The Collector's Edition and own them all! Hours and hours of extras on the making of a fascinating film and book! The Amazon version had the soundtrack too! It really is a complete package!

Note: The Young Indiana Jones Chronicles might've won if they'd put them all in at least two box-sets rather than three. Three very very expensive box-sets. 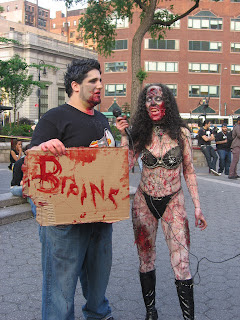 A terrible, terrible abomination of a movie from the director of one of my favourite foreign -language films, Intacto. A script riddled with plot-holes that would make Steven Spielberg's War of the Worlds blush with embarrassment, in a year I have been thrilled, entertained, disappointed and bored by movies, this is the only one that irritated me.

A terrible film in every way. And I saw Resident Evil: Extinction!

Next Time: The TEA Videogames Category!

Posted by Chris "The Tingler" Capel at 18:56 No comments:

Surprisingly enough not that bad. Then again, I went into Terminator 3 with just as low expectations and quite enjoyed that film too. For a horror movie there isn't that much horror. For an action movie there are only two or three action scenes.

And for a Resident Evil movie...?

Well, let's get something out the way, something I as a RE fan really want to know - what the hell happened to Jill Valentine? Still, we have a few replacements. Claire Redfield is running survivors across the desert and doesn't mention her brother Chris at all, but at least she's played by whats-her-name from Heroes. Wesker makes an about-f***ing-time appearance but sits in a chair for the entire film and doesn't kick any ass at all (he's the RE series' version of Agent Smith, basically). We at last get some new enemies, including Zombie Crows (with probably the best scene in the film where they 'swarm' at a bus), the Tyrant (at last, providing the film's Boss Battle), and wandering in from nowhere some Infected zombies from 28 Days Later.

If you've seen the first two this is probably worth it, although don't expect a George Romero film. As required in a zombie film there are plenty of stupid people, such as Person Who Gets Bitten and Doesn't Tell Anyone then Jeopardises Everyone, and TWO PEOPLE who Sigh Thank God It's Over Close Eyes Then Immediately Get Attacked By More Zombies Because You Shouldn't Close Your Eyes While You Are Being Attacked By Zombies You Stupid Thicksicle. Land of the Dead is better, although I'm really happy that this is nowhere near as irritating as 28 Weeks Later.

Oh, and in case you were wondering, yes, Milla Jovovich DOES get naked in it. First scene is her wrapped in a wet tissue, and last scene (I won't spoil it) is the big payoff for anyone who just goes to these films to see her naked. It's like the Director read your mind. You pervert.

It is better to be feared... than be loved!

See me as I truly am. This will come as no surprise to a lot of people.
Posted by Chris "The Tingler" Capel at 14:56 No comments:

This'll be the first of many, I hope.

Firstly, let me link to my Facebook page right here as an easy means of introduction for those "in the know" (that's Facebook people, people).

For those NOT in the know... oh, wait, I just turned 25. Woo! Quick celebration! I'll be back later to tell you about me!
Posted by Chris "The Tingler" Capel at 00:02 No comments:

Chris "The Tingler" Capel
I'm a writer (still unpaid unfortunately). I have a paranormal comedy novel ('Strange Times')that really needs a redraft, I've started two more (one comedy fantasy 'Afterlife', one true-life 'Xiao Pang Zi!') and have nearly finished my radio comedy series ('Toyz 4 Kids') that I hope will net my career first. I also write for the International House of Mojo gaming site. I have a beloved girlfriend called Slina who lives in Beijing (I expect an 'aww' now), and I hope we will together again sooner rather than later (another 'aww' please).